is an installation-performance or performance-installation, a non-linear polyphony of sounds, projections and human responses, shaping the territories between cultures, frontlines and borderlands.

„To live in the Borderlands means you
are neither hispana india negra española
ni gabacha, eres mestizia, mulata, half-breed
caught in the crossfire between camps
while carrying all five races on your back
not knowing which side to turn to, run from;

To live in the Borderlands means knowing
that the india in you, betrayed for 500 years,
is no longer speaking to you,
that mexicanas call you rajetas,
that denying the Anglo inside you
is as bad as having denied the Indian or Black;

Cuando vives en la frontera
people walk through you, the wind steals your voice,
you’re a burra, buey, scapegoat,
forerunner of a new race,
half and half – both woman and man, neither –
a new gender;

To live in the Borderlands means to
put chile in your borscht,
eat whole-wheat tortillas,
speak Tex-Mex with a Brooklyn accent;
be stopped by la migra at the border checkpoints;

Living in the Borderlands means you fight hard to
resist the gold elixir beckoning from the bottle,
the pull of the gun barrel,
the rope crushing the hollow of your throat;

In the Borderlands
you are the battleground
where enemies are kin to each other,
you are at home, a stranger,
the border disputes have been settled
the volley of shots have shattered the truce
you are wounded, lost in action
dead, fighting back;

To live in the Borderlands means
the mill with the razor white teeth wants to shred off
your olive-red skin, crush out the kernel, your heart
pound you pinch you roll you out
smelling like white bread but dead;

To survive the Borderlands
you must live sin fronteras
be a crossroads.”
Gloria Anzaldúa in Borderlands, La Frontera

The diffused images and sounds are marked by physical and mental displacements: voices and sounds telling stories of leaving and friction, the phonic reactions to them and to the public of the performer-pasador, the sound moving inside the exhibition space, the movement of the visitors changing position…
During a residency in Los Angeles Peter Jap Lim and I searched for people who, one day, decided to – or had to – leave their country. We talked with them about their dreams, visions and wishes, and how these evolved over time. Every testimony provides an example of an individual destiny, while at the same time being part of a process of cultural migration. Every story can be seen as a microscopic event, and simultaneously part of a huge flow.

In our shared questioning there are the notions of border, of their definition, their importance. What does a physical border mean today, and in which part of the planet? Physical borders, mental borders? Can we localise them, in our heads, between the countries, across constitutions, inside states of being? Do we need them to define ourselves, or are we part of a generation that values transgressing mindsets of nation-states, and Culture as a defining entity?

Our working space is inspired by this gap that is “la Frontera”: a virtual space, a splitting, a friction, a cavity – resonating with this space we carry around with us since we left “home”, but which also integrates the geographical and temporal places we live in now. A space where memories and links resonate like an echo between the doors of multiple homes. This gap is constantly nourished by the luggage of the past, by what we leave behind and by what catches up with us.

A bit like a dark room, like the interior of a film projector, a fleeting flicker, in constant morphing with previous images, itineraries, registers. Inside this space we realise the remoteness between here and there, reformulating every day a part-time identity without making it the topic of one’s exile. A daily navigation in multiple layers and languages, carrying several cultural fragments around without necessarily belonging to neither of them. A by-product of the road. What happens with culture (and cultures) or cultural belonging once they are disconnected from the ground or territory they came from, linked through airplanes, electromagnetic waves and optical fibers?

Borders apparently require aseptic in-between-spaces like airports, border checkpoints, and also hospitals, where viruses, mad cows, drug-addicts, immigrants and ethnics are sorted out, like a big sieve. Cabins, stamps, boxes, X-Ray, body searches, isolation cells, quarantine, fences. These images can rub off onto the situation of this individual who is an inhabitant of this space of negotiations. Through discussions we understand all the deals and peddling which occur in situations of migration, and which impose segregated roles between those who make the rules and those who are subjected to them. A mechanism that imposes itself consciously and unconsciously. 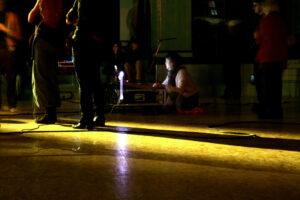 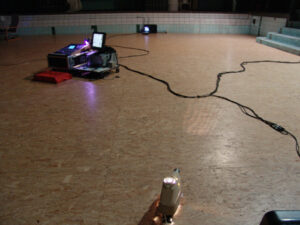 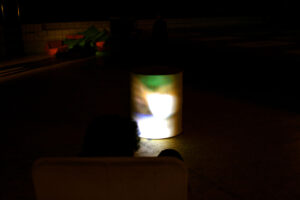 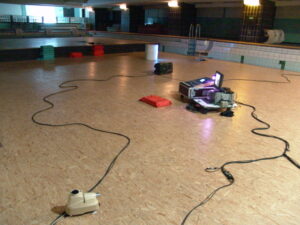 © 2022 Christina Clar
We use cookies on our website to give you the most relevant experience by remembering your preferences and repeat visits. By clicking “Accept All”, you consent to the use of ALL the cookies. However, you may visit "Cookie Settings" to provide a controlled consent.
Cookie SettingsAccept All
Manage consent

This website uses cookies to improve your experience while you navigate through the website. Out of these, the cookies that are categorized as necessary are stored on your browser as they are essential for the working of basic functionalities of the website. We also use third-party cookies that help us analyze and understand how you use this website. These cookies will be stored in your browser only with your consent. You also have the option to opt-out of these cookies. But opting out of some of these cookies may affect your browsing experience.
Necessary immer aktiv
Necessary cookies are absolutely essential for the website to function properly. This category only includes cookies that ensures basic functionalities and security features of the website. These cookies do not store any personal information.
Non-necessary
Any cookies that may not be particularly necessary for the website to function and is used specifically to collect user personal data via analytics, ads, other embedded contents are termed as non-necessary cookies. It is mandatory to procure user consent prior to running these cookies on your website.
SPEICHERN & AKZEPTIEREN